“We need to educate the younger generation in a spirit of mutual respect, tolerance and understanding. We have a common history, we breathe the same air and drink the same water. We have lived side by side for many years. The upbringing of adolescents and youth in the spirit of friendship and good relations is the basis of our peaceful life". 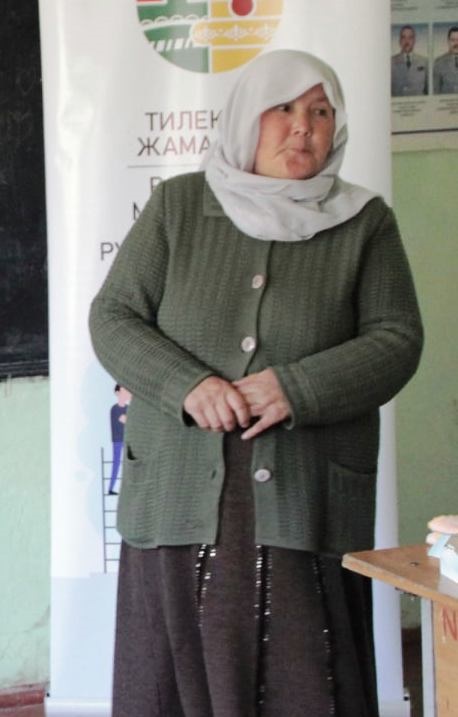 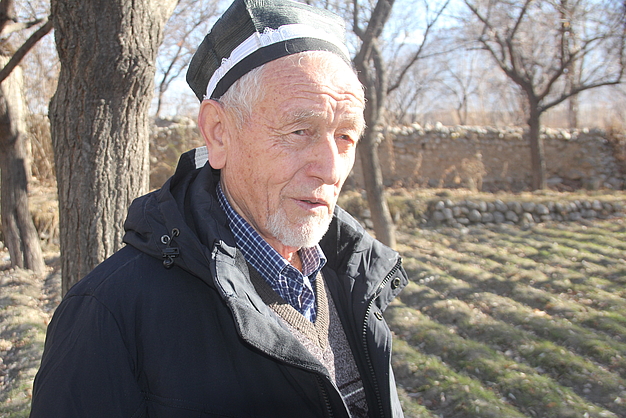 The life is so amazing! It is surprising that there are people living in remote villages who play a greater role in building peace and stability in their communities than government structures, who are actually in charge to do that. Sometimes they make great deeds in terms of peacebuilding much better than a powerful system, which can only surprise you. One of them is Aliyakhon Dovudova, an inhabitant of the village of Somoniyon, the Chorkuh community of Isfara town. Aliyakhon is living in the cross-border community for many years, and working as a teacher at Secondary School No. 64. If you and I hear about border conflicts between two countries, Aliyakhon sees them with her own eyes.

Aliyakhon Dovudova is an active participant of Peaceful Villages Evolvement project. According to Aliyakhon participation in trainings and activities of Peace Academy for Women totally changed her mind to the life perspective and opened her eyes to many issues. She realized that conflicts can be prevented, for this, first of all, the inhabitants of chess villages have to be conflict sensitive and tolerant among each other.

After the last serious conflict on the border, on 24th of September 2021, the group of women initiated a dialogue, Aliyakhon encouraged them to meet and talk to each other. According to Aliyahon Dovudova, the purpose of the meeting was to prevent further misunderstandings and conflicts in these border villages. During the meeting Aliyakhon mentioned about a particular role and status of a mother in the family in terms of upbringing of children, and noted that the women of Somoniyon and Kok-Tash agreed to pay special attention to education of children in the spirit of tolerance and peaceful coexistence.

So, to the question why women of Somoniyon initiated meeting, and what do men think about that, Aliyakhon answered that there were two reasons for this step: because of low social status, women try to contribute to the general resolution of social issues in community, and much concerned about peace and security situation, because in conflicts, mainly women and children are considering vulnerable and much suffering afterwards. Secondly, most of the rural men are in labor migration and, inevitably, women are responsible for solving problems, acting according to the demands of the time and situation. Men in the village and those who are in labor migration welcomed our initiative to meet with women in the neighborhood. Because they believe that women are gentle and kind, they usually do not succumb to aggression. On the other hand, men themselves want women to be more active in solving such problems. According to Aliyakhon Dovudova, the skills she got during the Peaceful Village Development project allowed her to take an active part in this women's initiative and contribute to prevent potential conflict and end misunderstandings.

I intend to continue to work for peaceful coexistence with my Kyrgyz neighbors. To do this we need to get to know each other better, to organize joint meetings and avoid marginalization. We should also tell the younger generation about the friendship of our ancestors. Aliyakhon Dovudova remembered her father, Mr. Mirmamadov, who lived for many years’ side by side with the Kyrgyz and was an honored guest at the table of neighbors, and always told his children about the benefits of friendship and the consequences of enmity. And now there are such elders in both communities, and we must use their opportunities more fully says Aliyakhon. It is necessary to teach young people to behave to their neighbors by the example of the older generation. Involve more young people in the conversation with the elders, so that it becomes a real school for them, a school of peace and good neighborliness.

Meanwhile, Abdumannon Vahhobov, an aksakal of Somoniyon village, who has lived here for over 60 years, says that it is necessary to restore the institution of aksakals in order to prevent conflicts, because in our society it is customary to respect adults and listen to them.

Aliyakhon Dovudova has a saying about neighborhood: "The closest neighbor is better than far relative. She says, "We must live in peace and stability with our neighbors, respect each other's values and not allow mothers to shed tears at the border, not allow their children to succumb to negativity.  Only through cooperation with each other we can make our region more developed part of the world. This requires only one condition: Peace cooperation and co-existing.

This material has been prepared within the framework of the project "Peaceful Villages evolvement" project, funded by the European Union and co-financed by the German Federal Ministry for Economic Cooperation and Development (BMZ). The project is implemented by the offices of DVV International in the Republic of Tajikistan and the Republic of Kyrgyzstan. The project partners are the non-governmental organizations “Adult Education Association of Tajikistan" and "Youth of Osh".