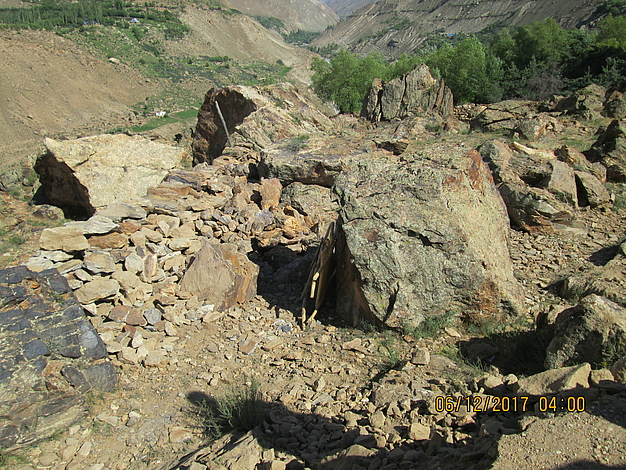 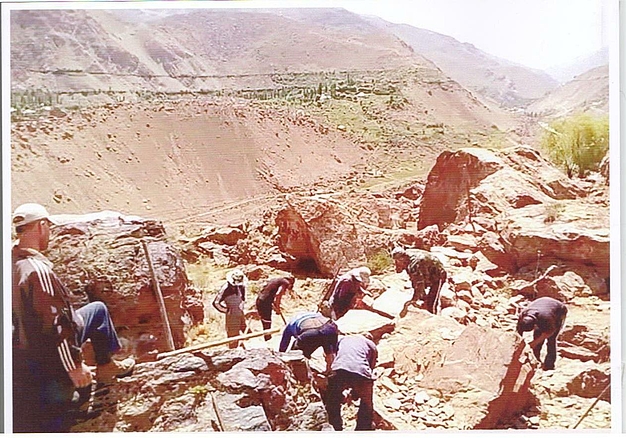 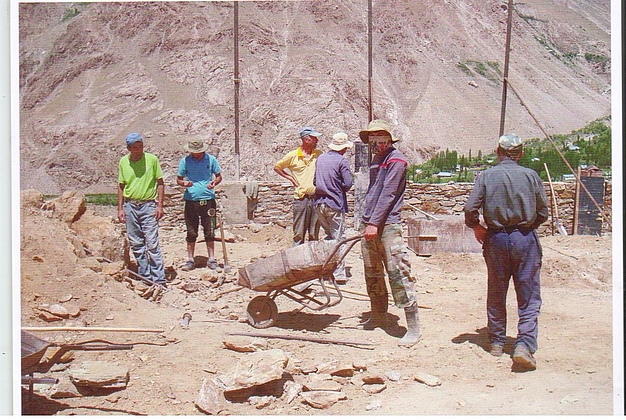 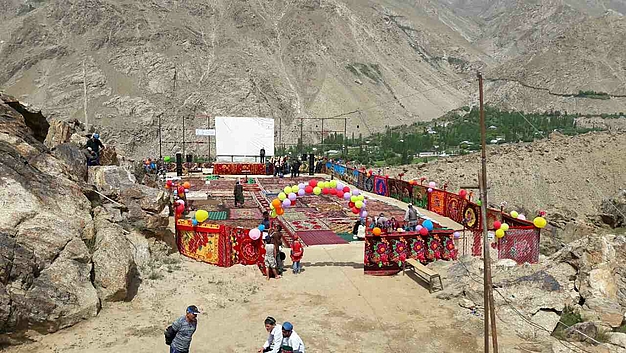 The attitude of the inhabitants of GBAO region in the Pamir mountains towards the construction of a public recreation ground was skeptical at the beginning. Under the conditions of a mountainous region, breaking or crushing a huge stone, a piece of mountainous solid rock is considered difficult and even impossible. But young people who had been going to the neighboring villages for sports training and competitions for years, dreamed of building at least a small playground in their native village. For this there was only one possibility - to crush large stones. In 2016, a project of the Representative Office of DVV International in Tajikistan was initiated in Tusiyon Jamoat, along with other districts of Gorno-Badakhshan Autonomous Region.  The project “Youth Empowerment towards Sustainability and Change” (“Yes to change”) was financed jointly with the European Union and the German Federal Ministry for Economic Cooperation and Development (BMZ). The project was implemented by local non-governmental organizations, including “Kalam” civil society support center, which began to conduct trainings for non-governmental organizations on civic education and partnership in the framework of the project. After acquiring certain skills on conducting debate clubs, “Kalam” Center organized a number of similar club meetings with participation of representatives of government bodies, government agencies, jamoats, businessmen and civil society organizations, where participants from the above-mentioned sectors discussed pressing problems of the jamoat and ways of their joint solution. An initiative group of the village of Zigur put forward the idea of building a public recreation ground, but from the first minutes the proposal was met with hostility because the people did not believe that in the conditions of a mountainous region, such a platform could be built on rocks and huge stones. However, after making a decision, young people began to work with the villagers in order to rally them and prove to others that, by joining efforts, it is possible to solve community problems. Women, old people, the elderly and even children joined this youth initiative.

However, the majorityof the leaders of organizations and other village inhabitants remained hard to convince of the possibility of building such a recreation ground. The Chairman of the jamoat, Manzura Rachabbekova, was authorized to assist young people in preparing meetings with donor organizations, and in involving existing human and technical resources into construction work.

Recalling this period, the leader of the initiative group, Nekruz Asmatbekov, said that the chairman of the jamoat conducted weekly meetings with individuals and organizations in Khorog, undertook to make a concrete contribution to the solution of the issue, and personally participated in the development of the project called "Construction of a public playground for sports and community celebrations."

The project was presented to DVV International and, along with 30 other projects (out of a total of 60 applicants) was approved and awarded the total amount of 4848 somoni (roughly 540 EUR at the time). This starting amount was the beginning of raising funds from other sources. The Jamoat allocated 2,100 somoni, local entrepreneurs - 2,400 somoni, labor migrants –1950 somoni, village population - 12,000 somoni. The total amount of the project was 23,298 somoni (over 2.500 EUR). But the main force driving the project was represented by a consolidated group of young people, who, despite mistrust, actively attacked the rocks using antiquated tools - sledgehammers, pickaxes, crowbars and other improvised means. Modern construction equipment could not reach the site because of the mountainous terrain and insufficient financial resources. The only other technical assistance was provided by an organization that carried out the blasting of the largest stones.

All able-bodied villagers in their free time provided assistance. Women by turn were bringing tea and hot food to workers. Individual members of the group were engaged in providing building materials (cement for the building of fencing of stones, nets, etc.).

Work was carried out without interruption. For more than 6 months, dozens of huge stones were blown up or broken manually, and the only dump truck in the village of the Soviet period took the stones to another place. Meter by meter the mountainous terrain under the site was leveled.

As a result, a public platform of about 300 square meters was built, where sports events can be held – volleyball, mini football, “gushtingiri” (national wrestling), as well as mass cultural and educational events, celebrations of various events of local and national scale. Since the platform is located on the mountainside, a high fence of stones was built around and a grid iron was installed. There are seats for spectators/fans. Volleyball nets, balls and other necessary sports equipment were purchased.

For more than half a year, the public platform has been gathering young people and other villagers from nearby villages for sports, cultural and other events. Here the cries of fans or the sounds of Pamir music are heard.

“We are pleased that our project is considered one of the most successful projects. Thanks to assistance of the European Union, the BMZ, DVV International, and “Kalam” Civil Society Support Center as local partner we have a strategic plan for the coming 3 years. Now we are confident in our organizational activities and skills of engaging stakeholders and organizations. We intend to continue resolving other issues of the village and making concrete contributions to improving the quality of life of its inhabitants”, says Nekruz Asmatbekov.