This year DVV International is celebrating its 20th anniversary in Central Asia. 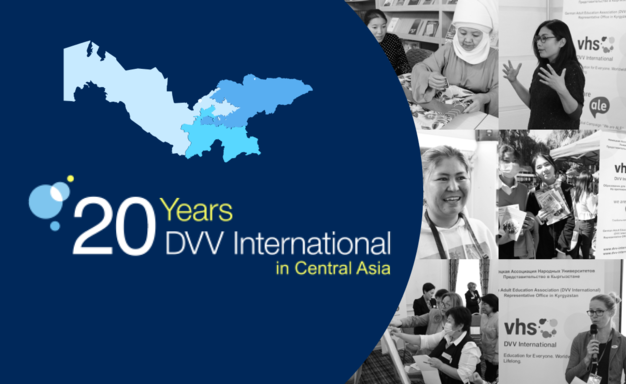 Since 2002, DVV International has been supporting adult learning and education (ALE) in Kyrgyzstan, with the country office being established in Bishkek in 2012. Since the year 2018, the Country office has also been performing the function of DVV International's regional office for Central Asia. This year DVV International is celebrating its 20th anniversary in Central Asia.
All projects that DVV International implements through its state- and non-state partners and networks, with the financial support of the German Federal Ministry of Economic Cooperation and Development, the European Union and other donors, are aimed at poverty reduction and at improving the lives of socially vulnerable groups of the population. This is achieved through trainings in personal development and vocational skills. The topics of newly developed educational offers range from civic education and re-socialisation of prisoners and ex-prisoners into the society to the empowerment of women, youth and people with disabilities. DVV International is also engaged in supporting the training and re-training of local adult education personnel, the publication of informational material and curricula, and the organizational development and sustainability of local partner organisations.